The Growing Disparity Between Tech and Humanity 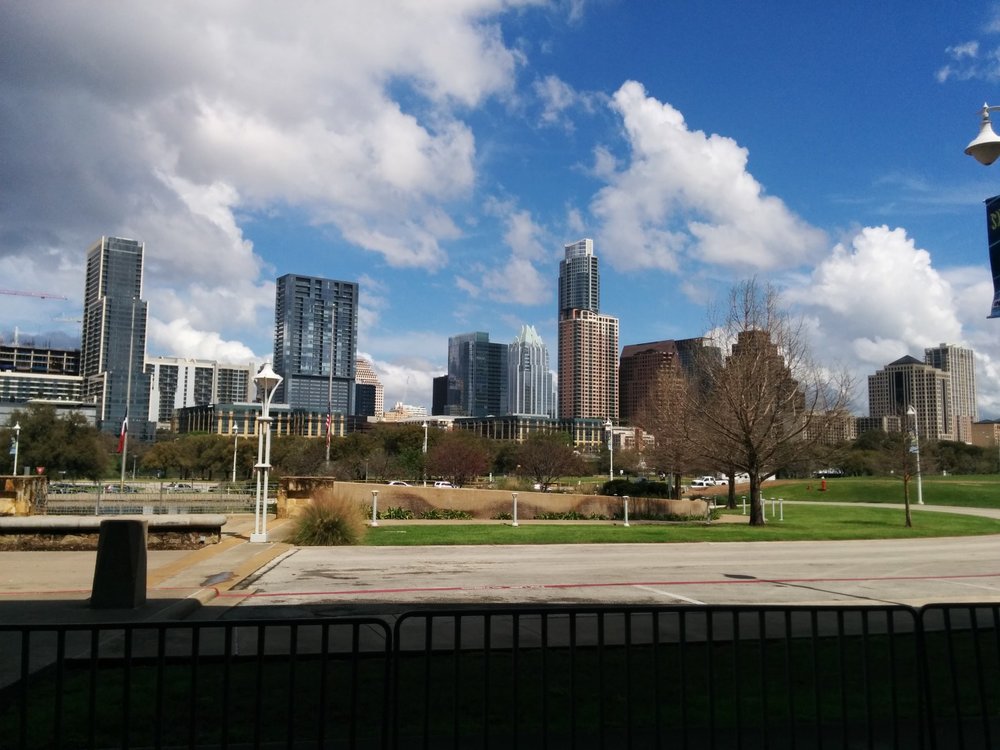 Wesley Fang
blog
The Growing Disparity Between Tech and Humanity

The Growing Disparity Between Tech and Humanity
Takeaways from SXSW, the President, and the Homeless

This past weekend, I had the chance to catch President Obama’s keynote at SXSW. Amidst the line of supporters and festival-goers eager to catch a glimpse of the leader of the free world in Austin, I stood in awe and silence at the transformation of  my hometown. This was the commander-in-chief of the most powerful army in the world, a man who could force the financial markets to tumble with a stroke of his pen, and who had shut down every road in the downtown sector of a city normally booming with life.

When I finally entered the auditorium, I was pleasantly drawn in by an interview with Casey Gerald, the opener for President Obama.

Casey is a fascinating man with many stories of successes and failures. He’s the co-founder and CEO of MBAs Across America, an HBS alum who also received his undergrad at Yale. He’s witnessed first-hand the financial collapse while interning at Lehman Brothers and has stared down the barrel of a loaded gun while having his home broken into in the rough outskirts of Dallas, TX.  And with that, he has a perspective much wiser than his 29 years of age. There’s an inquisitive aura about him, one that questions everything, and I have tremendous admiration for that. If you haven’t heard Casey’s TedX speech, Gospel of Doubt, it’s worth a watch (video below).

What I remember most about that interview was a statement he made right before leaving the stage. He said,

“At conferences like this, we represent a gospel that says markets and technology will save us and we have a willingness to pursue that; sometimes at all costs — including the cost of billions of people who are being left behind in this country…. I mean, how can we put a robot on Mars but we can’t get an 8-year old some food? How can we lay fiber optic cables under the ocean but can’t lay water pipes in Flint? How can we design technology that allows us to listen to black holes but we can’t hear our brothers and our sisters in our own neighborhoods? This is a deeply, deeply, troubling reality in this country.”

His statement struck a chord with me.

Here I was, sitting in an auditorium full of talented and smart individuals celebrating a festival full of innovation, creativity, and technological achievement. Everywhere I looked was someone showcasing the newest hardware, pitching the latest startup, or marketing the most recent app. It was a world that moved a mile a minute but failed to take pause for those who couldn’t keep up.

Casey was right. We as a tech community had a parochial view of the world that excluded much of the human race. There was so much power and potential within our combined resources. And, yet, we still missed the mark.

In the tech world, there was no second-guessing a $5 app download or a cup of coffee. However, to the rest of the world, $5 would provide basic food and water for a week.

As I left that speech and walked out of the Long Center to the deserted streets made barren by secret service, I could not have felt more heartbroken for my city and for how much I had failed those around me. There was hurt and brokenness, yet my glorification of technology prevented me from seeing the most basic of needs. I silently cursed the throngs of skinny-jeaned techies touting square-rimmed spectacles as I drove my car towards the convention center. I couldn’t help but think, I pass my days in a privileged bubble.

I parked my car four blocks north of the convention center, across the street from ARCH — the Austin Resource Center for the Homeless. On both sides of me were homeless individuals sprawled on the ground, many lying in the mud from the afternoon showers, all with a glazed look in their eyes devoid of passion and hope. I smiled at them – hoping, praying, they would know they were loved.

My heart crumbled further. We were individuals living in different worlds.

It was a stark contrast to the man with his own private army an hour earlier, who had thousands lining up to hear his every word. It was a distant comparison to the people at the convention center, vibrant with life and proudly displaying SX badges and shiny chrome MacBooks.

For the next 3 hours, I listened to a panel of leaders in the tech industry, many who were millionaires and founders of companies that went public or sold to the likes of Apple, Google, or Facebook. These were people who “made it” and everyone was jockeying for their attention. When a session would open for Q&A, most questions were variations of,

“What do I need to do to make the next big thing”,
“What signs should I look for in a billion-dollar idea”,
“How do I figure out what the market really needs?”

Internally, I was screaming, there’s a need right outside these doors. It’s literally four blocks from here!

It reminded me of an interview with venture capitalist, Chris Sacca, who said,

“There’s a myopia that concerns me about Silicon Valley and the tech scene; it’s populated by people who are considered “winners of the traditional race”; people who floated to the top of their educational institutions, who succeeded in the ranks of their traditional businesses, who have taken entrepreneurial risks and received great successes and yet, their success has come at the exclusion of the voices that are vital in society. They’re just not voices you interact with much in the tech community. And this myopia concerns me because I think this will cost us as an industry a lot of success. This lack of empathy is going to lead to more social and political unrest. And in this country, there’s a really good shot that it unravels.”

I’ve always held the belief that people create systems and that systems influence people. It’s why I love business and why entrepreneurship and innovation are so close to my heart. I believe there’s something exhilarating about creation because it’s a reflection of the ultimate Creator. Yet, somewhere along the unbeaten path, the systems we seek to create seem to have forgotten the people we seek to impact. And to that end, I’m not sure how effective our creations have been.

The more I reflect upon entrepreneurship, the more I’ve come to realize that true innovation, true change, involves the heart. True disruption must first take place within the soul before it impacts the market. And the next “big thing” isn’t found in new software, but in the little things, the things we often neglect when we have our blinders on.

The greatest resource we as creatives, entrepreneurs, and innovators have isn’t funding, but the ability to empathize and show compassion. We, the most privileged people in mankind, have a historic capability to see brokenness and depravity, stare it in the face, and commit to saying this will not stand. I herald guys like Casey Gerald, for shutting down MBA’s Across America so that more people can be a part of the journey; I’m in awe of gals like Liz Powers of ArtLifting, whose mission is to bring art into the world but also identity into the lives of the homeless as valued members of society; and I’m mesmerized by entrepreneurs like Jeff Wilson of Kasita, who’s championing the way to make urban housing more affordable for creatives. These folks, and countless others who go unnoticed by the media, understand that we, as human beings, all search for a greater hope and a deeper meaning, a sense of belonging. Regardless of class, race, or gender, that longing is engrained in the fabric of our existence — from the man in the oval office to the man in the muddy street. Until we learn to see eye-to-eye and recognize our problems aren’t all that different, we will always miss the mark.

I say all this knowing there’s no one “right” way. Every entrepreneur’s cause and conviction is unique to her own situation. Yet I know that entrepreneurship is a journey. It’s one filled with fear and faith, highs and lows, and is a great teacher of the human condition. My hope and prayer is that we journey it well. If we are to solve problems, let us seek to truly understand them; if we are to innovate, let us innovate with compassion; and if we are to change the world, may it be for the better and not for the worse. Between the techie and the techless, we’re not all that different — understanding this is what entrepreneurship is all about.